What to watch out for before a Grave Marker gets Installed

A few months after the death of a loved one, when family and friends have long departed from their gatherings for memorial services, those who were closest to the deceased often struggle with the next stage of memorializing their loved one: installing a headstone. In ideal cases, this stage is mostly an easy one because the deceased has already arranged for his or own headstone to be installed. In fact, many people across the United States still have practiced the tradition of installing their headstone well before their death and simply leaving instructions that their date of death be added to the marker sometime after their burial has occurred.

But, in this day in which pre-need funeral and burial plans are often discouraged by consumer advocates and other experts, such arrangements are becoming less and less common. And that means family members, often still in the midst of grief, are left with the responsibility of buying and installing a grave marker or headstone for their lost loved one. And, for those whose experience of arranging a funeral and burial has been harrowing, confusing, stressful and frustrating, dread is often the emotion most commonly felt upon realizing that a headstone must also be installed. “Will this nightmare ever end?” is how one grieving daughter expressed it recently on a blog she has maintained about her struggles in burying and properly memorializing her father.

This article aims to take some of the mystery and frustration out of the experience of installing a headstone over a loved one's grave. (Please note that we cannot promise to remove all of the negative experiences. As with most every other aspect of today's death care industry, purchasing and installing a headstone can bring about much expense and frustration, even in the best of circumstances. We do hope to be able to help customers lessen the negative aspects, however.) 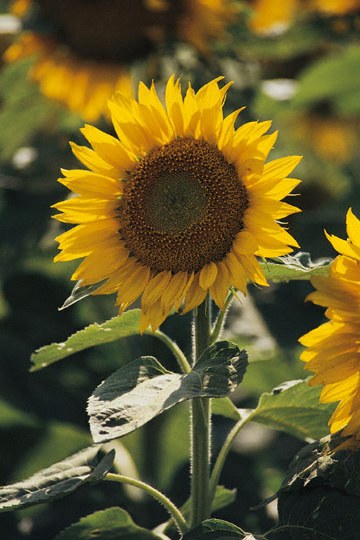 Installing a Headstone in a Commercial Cemetery

Most headstones in our modern society are installed in commercial cemeteries run by companies that profit from burial and funeral services. So that is where we begin this look into how to install a headstone.

The first thing to know is that nearly every commercial cemetery in the United States today will not allow families to install headstones themselves. This may be confusing to some who assume that, once a family buys a plot of land in a cemetery, the family is free to do with as they wish. Nevertheless, those assumptions are typically erroneous. In most every instance of a cemetery plot sale, the buyer signs an agreement promising to abide by the cemetery's rules – even if those rules change between the date of sale and the time the plot is used as a grave site. It is often the case that the buyer does not remember signing such an agreement but, nevertheless, such documents are typically routine parts of any cemetery plot transaction. Only in very rare cases are they not a part of the transaction with the cemetery.

The typical process for installation of a headstone in a typical commercial cemetery is as follows (overall, from the consumer's perspective, a very simple and easy process, even if it does not always sit well with those who would rather have a little more control over the installation): the family of the deceased orders a headstone from a retailer who, before production proceeds at the customer's expense, checks with the cemetery to assure that the plans for the marker are acceptable and that the cemetery will allow (and, in most cases, provide for) its installation after the marker is delivered. (A very important note: cemeteries usually offer headstones for sale on a retail basis themselves, but customers should understand that they are under no obligation to purchase a headstone directly from the cemetery, even though the cemetery staff will likely not make that fact known voluntarily – they have a vested interest in keeping customers from patronizing their competitors, of course.) Once the retailer has received written verification that the cemetery will accept the marker, the headstone order is submitted for production. Production is usually completed within 4 to 6 weeks of the submission, and the headstone is then delivered, usually by a special freight shipping company, to the cemetery. After the customer has paid the cemetery staff a special fee for installation (this fee is known in the death care industry as a “setting fee”), the headstone is then installed by the cemetery's ground maintenance crew, and customers can usually expect their loved one's grave to be marked well within a month of the headstone's delivery.

(Important note about the setting fee: customers should realize that it is in violation of United States Anti-Trust rules for a cemetery to offer any customer a lower rate than others for this setting service. If a cemetery tries to discourage a customer from ordering from a competitor by offering reduced cost – or even free -- installation, customers should realize that the offer is made in violation of federal law and is, at the very least, unethical. Though it may be tempting to accept such an offer because it ends up saving the customer some money, a more appropriate response would be for the customer to immediately consult an investigator with the federal trade commission and consider contacting an attorney as well. It would be unwise for the family to continue doing business with a company who would make an unethical and potentially illegal offer. Disinterment – and re-internment in another grave yard -- may end up being a wise move as well.)

Installing a Headstone in a Private Cemetery

Though most people in today's memorial service market are buried in commercial cemeteries, a sizeable portion of burials are still conducted in private cemeteries run by small groups such as families, churches or other not-for-profit organizations. In these cases, installation may not be offered by the cemetery's staff. (Actually, this sort of cemetery very likely does not have any official “staff.”) The good news for a family of a deceased relative in cases such as this is that the cemetery management will likely be much less stringent than a commercial cemetery's staff would be about enforcing rules that my be in conflict with a family's plans for a headstone. The bad news, of course, is that the family would be entirely responsible for installing the grave marker.

In many cases, the person who is chiefly responsible for the private cemetery – whether it be a church pastor, a family patriarch or the volunteer leader of a cemetery association – will likely maintain a list of qualified and competent contractors who will accept delivery of a grave marker from a manufacturer and will install the marker at the cemetery for a fee (often much less than the fees charged by commercial cemeteries. We will not venture to offer a thorough estimate for headstone installation service in this article since those prices vary greatly according to many factors involved in the installation. That said, it is realistic to expect that the service could cost as much as $500 or more, but it could also cost far less than $100.)

In some cases – usually in very remote areas – an installation contractor will not be able to be located who can do the service for a practical fee, and that means that a family must arrange to install the grave marker on its own. Though this may be a daunting, stressful thought to someone who is not experienced in such work, such a project is not above the skills of anyone who has access to a few hearty friends, a trailer sufficient for moving the marker to the grave site, and few simple tools. That said, for brevity's sake, we will not go into detail about common methods for installing a grave marker at a cemetery but, rather, refer all readers to the many do-it-yourself articles and videos that are readily available on this topic on the internet. (A simple search for “installing a grave marker” in just about any search engine will yield plenty of excellent advice from people who have been successful at such a job.) 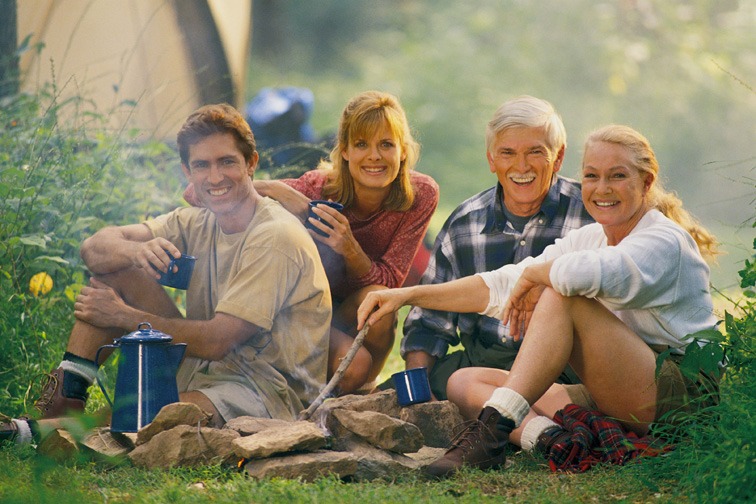 Best Times to Install a Headstone

A final consideration about installing a headstone over a family member's grave site is the timing of the installation. In warm climates, just about any time of year is generally considered okay, given that the ground is sufficiently dry. Installing a grave marker on wet ground is considered unwise because the ground is prone to shifting as it dries, thereby leading to an unstable installation. Headstones installed on ground that is too wet will almost always need to be leveled (by adding dirt underneath the service) within a few months of the installation. In cold climates, of course, it is almost always best to wait until the spring or summer months to install a grave marker. Installing on ground that is covered with snow, or will be covered with snow shortly after the installation is a risky proposition in terms of assuring that the marker will remain level over the long term. Most commercial cemeteries in regions that have snow on the ground throughout the winter months, in fact, will typically not accept delivery of a headstone until spring has arrived, beyond a shadow of a doubt, each year. In these cases, manufacturers are usually equipped to store the produced marker until the cemetery is ready to accept delivery.