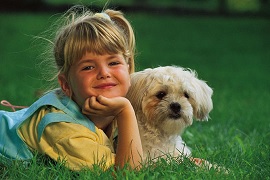 Many individuals are fortunate to have memories created with a furry (or scaly) companion, when they were children. While many of these people grew up, and possibly adopted more pets, they will always have these warm memories of a truly special friend. These memories may come as bittersweet, however, as the first pet that one owns is also, most likely, that person's first encounter with true heartbreak. Pet loss introduces the concept of death and grief to children. When it comes to children and losing a pet, being honesty is almost always the best and most emotionally healthy idea, experts say. Children react to the death of a pet in 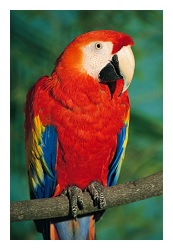 hugely variety ways depending upon the age of the child and the relationship he or she had with the deceased pet. But, no matter what the case, child rearing experts advise parents to avoid the natural temptation to soften the emotional blow of pet loss by fabricating a story.

It is often common, for example, for parents who know their child will be upset over the death of a pet to say the pet simply ran away. This sort of story can lead inadvertently to thoughts of abandonment, especially in children younger than about 10 years of age. When such a story is coupled with other cases in which a child may be abandoned – by, say a favorite teacher who retires or a friend who moves away or a parent who leaves the home – this sort of news can lead to a psychological state in which a child learns to think of emotional attachments as being nothing more than eventual disappointments. This sort of attitude is a breeding ground for cynicism in adolescent years, so most parenting experts highly recommend its avoidance.

For children and pet loss, the truth (albeit delicately phrased truth) is always the best story to tell. Children can almost always find ways to cope with the finality that is inherent in the loss of a pet, and, in fact, the death of a pet is very often the first exposure a child has to the concept of death. So, while it will certainly be an emotional struggle for a child to face directly the news of a pet's death, it will certainly be a healthy struggle that will, without a doubt, prove to be invaluable later in life when, as everyone is, the child becomes forced to face the facts of a death of a special person.

The general idea that it's always best to be honest to a child about pet loss runs into a bit of a problem in regard to some very key questions about philosophy and spirituality. Is it okay to tell children the story of the Rainbow Bridge, for example? (According to this age-old legend, all pets that die end up traveling across a magical bridge to a mystical meadow where they frolic with one another happily through the years until their owners pass away and arrive at the meadow to pick them up on the way to heaven to spend eternity.) What about the whole concept of a heaven for pets? Parenting experts and others who study the emotional development of children say these types of questions are usually best left to the parent's own judgment, and how they are answered should be based on the overall spiritual philosophy the children are exposed to in the home. In other words, it should match. If a child is raised in a home that generally accepts the idea of an afterlife for humans, then, explaining to a child that a beloved pet has passed across the Rainbow Bridge 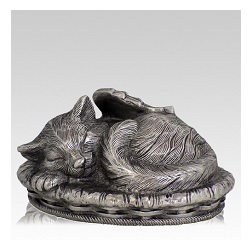 is certainly the best course of action. If, on the other hand, spirituality and discussions of heaven are not common components to a household, experts advise against introducing these concepts at the time of a pet's death. In such cases, to avoid the onset of a cynical attitude from the child, parents would be best advised to simply explain that the pet has died, and to give the child ample emotional room to cope with the news in his or her own way. Introducing concepts that might be interpreted as euphemistic or as “sugar coating” is something to be avoided during a traumatic time. Rather, these concepts should be something that are regularly discussed and taught in other times so that they may be drawn upon, in a very healthy way, when they are needed during stressful and emotionally painful periods.

Another question related to children and pet loss is whether it's healthy to stage a memorial service for a pet or to acquire animal memorial products such as caskets, headstones or cremation urns. Again, the answer to this question depends largely upon the parental philosophy that has been followed to the time of the pet's death. In general, as we said above, the approach to the question should match the child's upbringing in tone and philosophy. If a parent finds himself struggling mightily with this prospect, it may be a good idea to simply begin discussions about the child's preferences along these lines well before the pet in question has died. Asking a child if he or she would like to bury a pet in a casket that is installed underneath a formal headstone may be a great way to introduce the whole concept of death to the child in a low-stress environment that will lead to healthy coping in future years. This is not necessarily a bit of catch-all advise that will be of value to every child, of course, so parents are cautioned to think this issue through very carefully before proceeding.

In general, other than the overall advice to avoid fabricating the facts surrounding the death of a pet, expert’s best advice to parents regarding children and pet loss is to simply rely on instinct. Plenty of books about pet loss abound on this topic, and some may seem to offer conflicting advice from page to page. But that's only because, like life itself, the question of how to teach about death of any kind is as immensely personal as it is important. So, parents would do well to read what the experts have to say on the topic, but, in the end, they must realize that it's up to them to make the best decisions on their own.