Difference Between a Viewing and a Wake 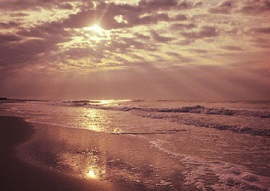 An informal review of internet question-and-answer websites (along with various articles written by bloggers) shows there is a great deal of confusion over what exactly can be called a “viewing” and a “wake.” These two terms are very common in the funeral home business and nearly everyone who organizes a memorial service will be asked about them. And nearly everyone who loses a loved one will be invited to participate in one or both of these types of ceremonies that are always secondary to the main funeral service itself.

Knowing what these two terms entail is especially important in this day in which funeral homes sometimes offer both services as part of the standard “packages” they sell to families that have lost loved ones. In at least one case, for example, a funeral home's basic - bestselling - package offers (and therefore charges for) viewing services ($500) and a wake ceremony too ($650) even though the home's funeral directors openly admit that most families accept either one or the other, rarely both. In these cases, it may be financially advantageous for families to skip the package deal and to simply order its funeral home services on an ala carte basis as all funeral home customers are entitled to do under the United States Funeral Rule enforced by the Federal Trade Commission.

In short, the terms wake and viewing are often used interchangeably, especially in areas that have a good mixture of Catholic and Protestant residents. Wake is generally understood as a term used by those of the Catholic faith to describe, in general, the same sort of ceremony that Protestant Christian denominations have adopted (actually, “adapted” from Catholicism is probably the more accurate way of putting it). Both ceremonies have 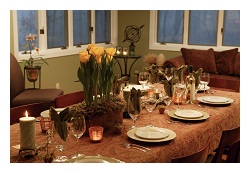 evolved in recent decades to be much the same: a social gathering amidst the deceased's body, usually at a funeral home's reception area. Both typically take place the night before the much more formal funeral and burial ceremonies.

A wake is usually thought to differ from a viewing only in that, for those of the Catholic faith, it includes a brief ceremony in which a priest recites a liturgy of scripture and prayers – including the faith's famous “rosary” prayer – before the body and all who are present are invited to participate. (Because the rosary prayer and corresponding rosary beads are central to a wake, the entire ceremony is sometimes called a “Rosary,” only adding to the confusion over the name of this tradition.)

Viewings, meanwhile, are mostly a-religious affairs, though prayers (less formal than those committed by the Catholic faith) are often led by a pastor at the beginning and the end of event. And God is usually, of course, much a part of the informal discussions of condolence and comfort that occur in the interim.

Historians tell us that the term wake can take credit as the original name for the ceremony, but that wakes were not necessarily an original tradition of the Catholic Church, itself, in Rome. Rather, the first wakes were practiced in the Celtic cultures of Ireland – that happened to mostly follow the Catholic faith. It is generally accepted by scholars who have studied the matter that it was the Celts who brought the wake to Catholicism, not the other way around. This explains the element of paganism that was influential in the first wakes: the very word “wake” originally was intended to signify a sense of watchfulness about the ceremony. Participants would often remain awake through the wee hours of the night with a body just before it was to be buried, protecting it from evil spirits that may try to intrude.

Today's wakes have generally lost that protective element and the word “wake” is often now interpreted to mean that participants are joining in an expectant waiting for the deceased's body to come to life again – reminiscent of the Christian experience with Jesus. While this idea does seem to fit with the overall spirit of Catholicism, historians report that there is no evidence to support the idea that it was the original thought behind the first wakes.

It is unclear why Protestant denominations, and others, have adopted the word “viewing” over “wake,” but there are many who guess that it may mostly be the result of denominational rivalries between Protestants and Catholics that have long been a challenge for the Christian church as a whole. The other theory, of course, is that, since the last part of the 20th century, “viewing” seems to better describe what actually happens at one of these memorial events. 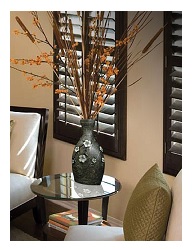 Though the above definition and explanation of wake and viewing seem to be the consensus among funeral industry experts, clergy, and scholars, there are several other meanings for these terms that have evolved over the years resulting in some confusion.

It seems difficult to misconstrue what one may mean by a “viewing” ceremony, but, nevertheless, there are two distinct ideas for what this entails. The first is the type of ceremony we mentioned above, something that takes place at a funeral home's reception area or some other location other than the actual funeral site usually the night before a funeral. Others sometimes describe a viewing ceremony as the 30 minutes to 1 hour before an actual funeral in which a body is on display in the burial casket, in a church for visitors to parade before and pay their final respects. This type of “viewing” is sometimes substituted for a “real” viewing, but it does not meet the formal definition that we have described above. In fact, for many funeral homes, this preliminary “open casket” time before the actual funeral is included in the basic service fee charged by the funeral home, while a traditional viewing entails an extra fee. (So, for many families, adopting this “ceremony” as a viewing becomes simply a matter of wise economic stewardship.)

The same sort of confusion seems to exist in regard to the term “wake.” Many people refer to the open casket time as a wake as well (or, even, more confusingly, as a “rosary” even though often no rosary beads are even in the building - such as would likely be the case for a non-Catholic funeral).

And still others refer to the reception period that typically happens in a reception hall or a private residence after the funeral is over as a wake. More than one family calls it that because, their own traditions hold, a family is supposed to say awake in celebration long into the night after a funeral, to be sure the departed person's spirit is securely tucked away in heaven.

Do Funeral Homes Take Advantage of Confusion Over These Terms?

Careful readers will notice that we began this article with a brief mention that at least one funeral home’s basic, most popular package includes charges for both a wake and a viewing. It is unclear how the home justifies these charges when, in fact, most families host either a wake or a viewing (in fact, as we have established, the two are largely the same), but rarely - if ever - both. That the funeral home that offers (and very regularly sells) this package to its customers is considered an extremely reputable business with top marks from the Better Business Bureau and owned by one of the largest, most reputable funeral home corporations in the United States, should be alarming to consumers.

The funeral home industry has long been known to take financial advantage of the naturally gullible state that even the most careful of negotiators finds himself or herself in upon the loss of a loved one. And, despite decades of legislative attempts – at both the state and federal levels – to regulate and curb such abuses, it is clear that they continue in unexpected cases and unexpected ways. Salesmanship in the funeral industry remains a diabolical game. Consumers would do well to check very closely with their funeral director to be sure they understand all services they are ordering – and will be expected to pay for, often before the funeral ceremony itself. And, if in any of that checking it become evident that a family has ordered both a viewing and a wake, the best recourse is to call a stop to all plans until definitions of those terms are fully explained. Funeral homes, unfortunately, have a long, untidy (sometimes secret) history of not being trust worthy. The reputable ones operating in today's business world will recognize the abuses of their predecessors and be happy to very carefully explain their own practices. If your family experiences otherwise, you are best suited doing your best to simply find another funeral home to work with. (You should realize that, even if you have signed a contract, you are rarely under any obligation legally to continue in a business relationship with a company or a person you believe may have defrauded you in any way.)