The History of Cremation Urns

Learn abou the History of How Cremation Started

Cremation has long been a controversial topic throughout human history. While some cultures and religions support cremation, some find it macabre, and even go as far as to say that it is an inappropriate disposition of the human body. Whether in support of cremation or not, it is one of the longest standing processes, and memorial traditions, in the history of our species. Educators agree today that cremation probably began in any real sense during the early Stone Age around 3000 B.C. and most likely in Europe or the Near East. It is interesting to note that while many religions are up in the air as to whether cremation is acceptable or not - even to this day - cremation was part of the memorial traditions in the stone age! In this article, we look at the cremation process throughout history.

During the end of the Stone Age cremation began to spread across northern Europe, as evidenced by particularly informative finds of decorative pottery urns in western Russia among the Slavic population. The pottery is not overly ornate from this time age, understandably, due to primitive tools and materials.

With the advent of the Bronze Age -- 2500 to 1000 B.C. -- cremation moved into the British Isles and into what is now Spain and Portugal. Cemeteries for cremation developed in Hungary and northern Italy, spreading to northern Europe and even Ireland.

In the Mycenaean Age -- circa 1000 B.C. -- cremation became an integral part of the elaborate Grecian burial custom. In fact, it became the dominant mode of disposition by the time of Homer in 800 B.C. and was actually encouraged for reasons of health and expedient burial of slain warriors in this battle-ravaged country. Cremation has always been seen by many cultures as one of the most hygenic dispositions of human remains, especially after plaques ravaged many countries, as noted below.

Following this Grecian trend, the early Romans probably embraced cremation some time around 600 B.C. and it apparently became so prevalent that an official decree had to be issued in the mid 5th Century against the cremation of bodies within the city. 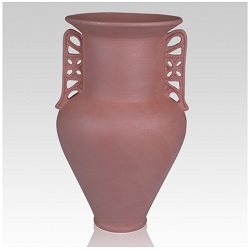 By the time of the Roman Empire -- 27 B.C. to 395 A.D. -- cremation was widely practiced, and cremated remains were generally stored in elaborate urns, often in niches within columbarium-like buildings.

Prevalent though the practice was among the Romans, cremation was rare with the early Christians who considered it pagan and in the Jewish culture where traditional sepulcher entombment was preferred.

However, by 400 A.D., as a result of Constantine's Christianization of the Empire, earth burial had completely replaced cremation except for rare instances of plague or war, and for the next 1,500 years remained the accepted mode of disposition throughout Europe.

Modern cremation, as known today, began just over a century ago. Modern cremation began primarily as a result of the development of a dependable chamber. The cremation movement started almost simultaneously on both sides of the Atlantic after Professor Brunetti of Italy perfected and displayed his model at the 1873 Vienna Exposition.

Queen Victoria’s surgeon, Sir Henry Thompson, fostered the use of cremation in the British Isles. Hazardous health conditions prompted Sir Henry and his colleagues to promote cremation and found the Cremation Society of England in 1874. In 1878, Woking, England and Gotha, Germany were home to the first European crematories in Europe.

Around the same time, North America was experimenting with the use of cremation. In fact, by 1800 two instances of cremation had already been recorded. However, cremation began to be more commonly practiced in 1876, when Dr. Julius LeMoyne built the first crematory in Washington, Pennsylvania.

The second crematory opened in Lancaster, Pennsylvania in 1884. As with many of the first crematories, the Lancaster crematory was owned and operated by a cremation society. Among the other forces behind the openings of the early crematories were the Protestant clergy, who desired to reform burial practices, and the medical profession, who were concerned with health conditions around early cemeteries.

Today, the popularity of cremation is rapidly rising, as it is not only an acceptable form of disposition, but also less expensive than traditional ground burials, and the popularity of cremation is only matched by the constantly evolving styles of cremation ash vessels. In fact, there are so many urn types, that they are often classified by the style and functionality, rather than materials. Many religions that were previously against cremation have accepted it as a tradition. Cremation can aslo offer the same options for families that traditional burials do, such as viewing of a body or even burial in a ground plot in a cemetery. Whatever the reason, cremation gives us an alternative for the farewell of our dearly departed in a dignified and time honored way.