Is There a Pet Heaven 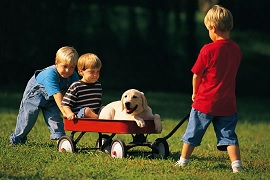 Millions of people have animals that they love dearly. They can provide companionship when seemingly no one else will, and seem to know nothing but love. A pet can quickly - and seemingly easily - win their way into the hearts of those around them, and their innocent and simple natures can certainly have a greatly calming effect on our minds. It can seem that any and all pets have a way of being wise beyond their years, as they seem to truly enjoy the small wonders of life, almost better than we do. Studies have even shown that those who own pets are less likely to be depressed or have anxiety or insomnia, just to demonstrate how much of an impact these 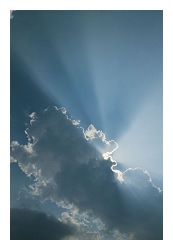 Since then, a flurry of poems, essays, and other writings have expounded upon this idea. One of the most famous is “Do Pets Go to Heaven,” by Dr. Moira Anderson Allen. While not taking a position on the question, “Is there a pet heaven,” she said that God takes care of his animals, and that they offer lessons in love and compassion, which could also be used in heaven. The Bible’s discussion of heaven overall is somewhat sparse. It is however revealed that heaven is a place of great beauty, made so by the goodness of God, who resides there. It also reveals that there will be animals of a sort in heaven. This however begs the question, “Is there a pet heaven?” Since animals in general are incapable of being either moral or immoral, per-say, only in accord with what their instincts tell them, it would seem to mean that they cannot but go to heaven. Equally important to the question, “Is there a pet heaven,” is the question of, if it does exist, what pet heaven looks like. Perhaps it is a place with hands constantly there to give scratches to the departed animal, just where he wants them. Or maybe pet heaven is a place filled with cookies and bones for dogs, and scratching posts and fine cat food for cats. Since many animals think of themselves as humans, maybe it is a place where they finally get the chance to live out a dream, and live as people.

Another angle to the question, “Is there a pet heaven,” centers around the people who owned them. Since heaven is to be a place of unending joy, perhaps God will feel that it will not be complete for humans without their pets. After all, without their companionship, things may get a bit lonely up there. This would answer the question, “Is there a pet heaven,” with, “Yes, and they get in on their owners coattails.”

The question, “Is there a pet heaven,” centers around an even broader question, “Do animals have souls?” After all, if animals did not have souls, the first question would be a somewhat moot point. Since the Ancient Greeks, who believe that everything had a soul (then defined loosely as the invisible attribute that caused all living things to grow) there has been a general, if vague consensus that animals did as well. If animals do 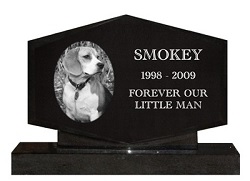 have souls, it would seem to give further answer to the question, “Is there a pet heaven?” since nothing on earth lasts forever. That soul would seem to go to heaven. If the question, “Is there a pet heaven,” can be answered with a yes, it also arises the question, “Will pets, like humans, get along better in the afterlife than they do now?” If the lion will truly lay down with the lamb, then the answer to this question is an emphatic yes. It is a novel thing to envision, that even hunting pets, such as “bird dogs,” or cats who on earth just loved a good mouse, will in the future be at peace with the souls of the animals that they once hunted. Some animals, such as cats are known to be quite finicky as well, and perhaps the peace found there will also allow them to get along with other animals as well, notably, other cats. Neither of these things are likely to happen on this side of eternity, but anything is possible if pet heaven is real. Perhaps the question, “Is there a pet heaven,” has it all wrong however. If God intends to come back and make everything right again, perhaps the animals that lived on earth will, like humans, be resurrected in a perfect form, to live forever on a renewed earth. Meanwhile, those animals who have always lived in heaven (and there is no indication as to whether they are the same) will continue to live there. This however is comforting, since if this is true, it will one day be “on earth as it is in heaven.”

While there is no decisive answer to the question, “Is there a pet heaven,” a few things are clear indeed. First, pets bring tremendous joy to their owners, and can teach them a great deal about compassion, kindness, and mercy. Second, many pets live their whole lives in the service of their owners, trying to please them, make them happy, and cheer them up when they need it. Third, if there is a heaven, then there is a God, and they are His creatures. All of these things give tremendous plausibility to the idea that yes, there is a pet heaven, waiting for all of the good animals, after they die.