Throughout the centuries, one of the shared traits of many civilizations and cultures is the use of monuments to memorialize a certain person or event. We have always held a great importance in capturing and commemorating the memory of not only those important people or eras, but of practically anyone that passes away. Even to this day, monuments occur in all shapes and sizes, and now more than ever, they memorialize everything from legendary people to great events that we feel affect, and even help shape, our history. Regardless of the time in history, or place on the world, our civilizations share this in common: taken as a whole, monuments tell the story of mankind’s life on Earth. One of the most touching aspects to this practice is that any individual monument helps connect the person or event memorialized and integrate it into the fabric of all that has ever been in humanity.

Fortunately for historians and others interested in the anthropological roots of mankind’s earthly experiences, most monuments have always been constructed of long lasting materials, usually the kind that will remain standing for centuries, or even a millennium or more. This can be seen in many famous ancient ruins and artwork that are created from materials such as granite or bronze. It is likely that there have also been many tributes created over the centuries of not-so-long lasting materials. That may seem strange, but it is a practice that is still popular today and can be seen in many modern situations, such as today’s party planners who routinely commission statues made from wax or even ice. Needless to say that those pieces are, of course, lost to the world. Fortunately, great advances in photography in the last 100 years or so mean that, now, even these types of monument sculptures will never be lost. Even snow and sand can now be turned into long-lasting monuments, so long as someone snaps a high-quality photo of it before it is taken apart. The longer-lasting monuments are still being discovered today in the midst of jungles, caves and even occasionally in areas that are now covered by hundreds of feet of an ocean. With every such discovery, mankind connects itself a little more to the ages that have passed. In essence, the dreams of earliest men to achieve eternal life are realized, and the hopes of modern man to never be forgotten all come to fruition in one felled swoop. Granite or bronze monuments are indeed the lifeblood of the soul of all mankind. 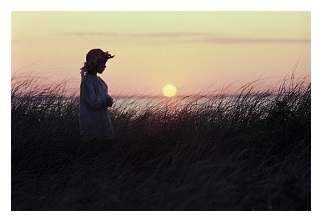 An eloquently worded description of these phenomena of monuments comes in a well-received book called Significance of Monuments: On the Shaping of Human Experience in Neolithic and Bronze. This book tells the tale of monuments, that explain to the ages what the great thinkers and philosophers of by-gone generations were thinking. It also discusses the various telling changes that even the most famous of monuments have seen and makes points that are instructive to those who are interested in sociology and, especially anthropology. Many great monuments have outlived their builders by thousands of years or more and, in the hands of caretakers many generations removed from the original authors, have taken on vastly different uses and meanings than was intended from the beginning. Some of the legendary pyramid monuments of Mexico, for example, were originally built over the course of 100 years or more by men who were part of an optimistic society, one that hoped to build a metaphorical stairway to heaven with their monuments so that they could always be near their good and gracious Gods. But then, over the years, that original atmosphere of hope and joy and love associated with the monument gradually became darker and darker until, one day, the pyramid monuments came to memorialize the opposite realm from their happy origins. The monuments came to be used as a tool of the rulers to keep men in obedience by staging gruesome human sacrifices amidst the monuments. This evil occurrence (some historians estimate that a single pyramid alone saw more than a million hearts ripped from bodies) was eventually ended after centuries of civil strife, and, today, the monuments serve largely an even different purpose - one of education and scholarship. The most metaphysical among us might conclude that the changes in the uses and applications of these monuments over the years have occurred precisely as intended from above. The current use of these monuments certainly does seem as if it may have been divinely created in order to assure that the hopes, and the mistakes, of social worlds gone by would be studied, and remembered, for an eternity.

Such is the case with historic memorials of yesteryear as is today’s monuments meant to memorialize the people and events of this time. By erecting a monument to memorialize an important person in one’s life, whether it be a family member or simply someone who was, or is, a particular influence, we are assuring that people of the future will be able to experience the same influences, even tens of thousands of years from now. And, again, this phenomenon even, today, applies to monuments built of materials that were never intended to last forever.

Monuments, or memorials in the form of grave markers and headstones, are mankind’s connection to the world, eternity, the universe and, perhaps, even to God. While modern day monuments are usually created, more often than not, to honor or pay tribute to the life of a lost loved one, we sometimes fail to realize how that that monument, and in turn the memory it holds, will last. Comforting thoughts, indeed, even for someone in the midst of a great grief.

Memorialization with Monuments and Headstones

Over the centuries the content of memorialization, which is described as the process of preserving the memory of a person or an event, has changed dramatically from culture to culture. Some cultures, such as those in ancient Greek and Asia, built huge temples to memorialize leaders of their society, while the lower levels of society were either give very small tributes, or no memorialization at all. Other important cultures took that same approach of creating large temples or monuments, but instead of memorializing a single person of figure, the temples were used to memorialize entire segments of society, or even entire villages. Still others, for whom cremation is the normal disposition of a person, take a simpler approach to memorialization: simple ceremonies involving the scattering of cremation ashes is the main form of memorializing the life of the deceased. A modern day twist to this practice of spreading or scattering the cremation ashes is for the family of the deceased to have someone videotape the ceremony. While there may be no permanent area of rest for the lost loved one, the videotape serves to honor their life as the final remembrance. Regardless of the tradition, the main idea involved in memorialization remains the same: to pay tribute to a person or even that affected our lives.

It is this latter addition to the traditions of memorialziation that seems to prove the truth behind the assumption made by most modern sociologists, anthropologists and other social scientists: and that is that memorialization is, and has always been, done 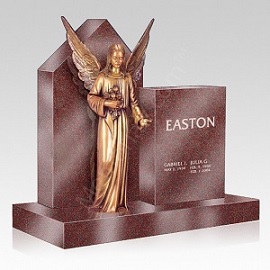 more to benefit the living than the dead. What other purpose would videotaping a cremation ceremony serve than to comfort the living years or even decades after the event? Another modern tradition that seems to confirm this assumption is the practice known among scholars as “spontaneous memorialization.” Under this tradition, people visit the site of unexpected deaths very shortly (sometimes within minutes) of a passing and display mementos such as drawings, letters, flowers, or items that were special to the deceased. This phenomena has been popular in the United States and across the developed world for much of the 21st century. It is particularly common at the scene of deadly automobile wrecks and, in fact, an entire small industry has developed in recent years to serve this tradition. Type “road side memorials” into any Internet search engine, and you will find up to a dozen companies offering ready-made memorials designed to be personalized and shipped quickly and then displayed at the scene of a car accident where, unfortunately, lives have been lost. It is interesting to note that in some states, this practice has become controversial because atheist groups object to religious symbols being displayed on public property; but that discussion, while interesting, is largely beyond the scope of this article. This tradition became a subject of serious scholarly inquiry shortly after the 1995 bombing of a federal office building in Oklahoma City. Researchers noted the types of mementos placed at the scene, the length of time mementos were left there, and even the apparent mood of those who left them. They then compared these data with that of “spontaneous memorialization” in other parts of the United States and the world. This has given great incite, not only into the recent development of this tradition, but also to memorialization as a whole because it shows how greatly people have developed and changed the way they mourn in general. Again, we reiterate that this phenomena enforces the idea that any type of memorialization is more for the benefit of those left behind because it helps to show what grieving individuals find to be comforting after a life-changing event, such as the loss of a friend or family member. In this case, what brings the survivors comfort is to 'take' the belonging or remembrance to the deceased, which gives peace of mind in knowing that the deceased will depart our world with that which they valued, or with an item that shows them they will never be forgotten.

Regardless of what idea that this custom may enforce, or not enforce, the main conclusion that scholars have made regarding spontaneous memorialization is that, like all other types of memorialization, it is an important part of the grieving process for the living. Just as the grieving process is different for each person, the decisions about what to present and how to behave at a spontaneous memorial varied dramatically when scholars were keeping note. Some people left special keepsakes, or clothes; some left music, some left original poetry. Some cried. Some laughed. Some were somber. Some appeared angry. Researchers have yet to establish any consistent trends for spontaneous memorialization, and that leads them to conclude that, like all other forms of memorialization, the goal is to help the living cope with fear and other difficult emotions that death inspires.

Memorials are often said to pay tribute to the memory of the dead, and, on the surface, that may be their true purpose. But research seems to indicate today that a more powerful motivation for memorialization is to help the living to feel better about the frightening prospects that death brings about. Either way, memorials in themselves are of great importance, not only to the grieving family of the deceased, but to all future generations to come. The memorials of today will be the artifacts of tomorrow, which will be studied, and learned from, by our future descendants.