Why choose Natural Burial and What is it?

Natural burial is a growing request from people who are planning their final resting place, but it is often the case that there is confusion over what exactly a person means by the term. Natural burial can man many different things to many different people, and it's important to clear up the confusion, lest misunderstandings can occur. When it comes to the emotional stress of losing a loved one, misunderstandings can contribute to difficult situations involving grief and emotional loss, and that can only add to the stress of the time. So it is important for anyone who lost a loved one to understand that natural burial can mean things as diverse as a traditional casket burial in a nature-centered cemetery (in other words in a place that is focused on the serene and peaceful beauty of nature) to a burial that is as natural as can be because, simply put, it involves only natures blessed processes (as opposed to getting in the way of nature's decomposition process as many casket burials, or even cremations, do). 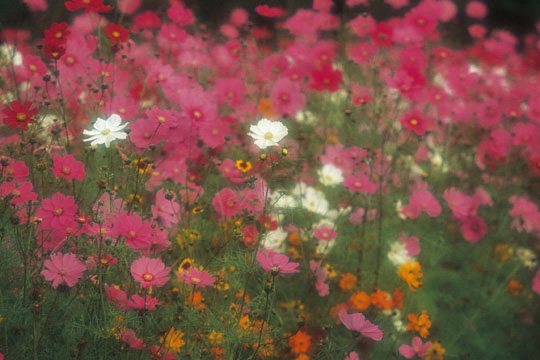 For our present purposes we will define natural burial the way its most recent proponents have come to think of it, but, before we get to that, it's important to realize that this definition can be expanded upon in a confusing matter for the benefit of those wanting to market their own funeral and burial services as “natural” while not adhering to this definition mentioned here.

The most common scenario by which natural burial plays out is by simply wrapping a body in a biodegradable protective shroud or placing it in a biodegradable coffin. The body is then lowered into a grave and buried. Depending upon the climate conditions at play and many other natural factors, the body can be expected to be fully decomposed in just a few weeks. In some cases, especially in warm and wet climates, the decomposition can require just a few days. There is really no way to predict decomposition times of any particular body. The times will vary according to climate, soil and the bodies own chemical make-up.

It is important to realize in this description that, if a cemetery sales marketer offers you or your family a “natural burial” in a traditional metal or hard wood casket (or perhaps with the addition of an embalming service), this is not a natural burial in its most literal sense. Rather, the “natural” part of the burial lies, most likely, in the settings upon which the deceased will be buried. If a cemetery is in the midst of a beautiful natural setting – perhaps complete with luxurious trees or even waterfalls – it can be said to be natural even if decomposition will be extended for many year because of the conditions of the burial.

The benefits of a natural burial – in the sense as it is defined by naturalist – is mostly peace of mind. For many people, the thought of quickly returning to the elements of which a body has sprung forth is as comforting as can be. And, in fact, many religions specifically require natural burial for their members out of deep respect for nature's work that must be done without fail quickly upon the death of a loved one. In the Jewish and Muslim faiths, for example, a body must be presented for burial directly in the earth – without any metal or other non-biodegradable protection – well within 72 hours of a death. The specifics of the burials in these (and other) faiths are typically left to the elders who are called to lead and administer the memorial services, but, in general, the requirement is that the deceased be lowered into the ground after being placed, – often wrapped in a thin cloth – into a small wooden coffin, made of a type of wood that will be sure to decompose quickly once mixed with the elements underground.

Generally, in these and all natural burials, a wood coffin is still preferred these days instead of a scenario in which a body is lowered into a grave with just a shroud. This is mostly because the idea of shoveling dirt directly into a body's face – even if the face is covered in a shroud – is too discomforting for many family members to contend with emotionally.

Aside from the traditional natural burial practiced by the Muslim and Jewish faiths and others that are careful to adhere to a strict “ashes to ashes” tradition, there are numerous other ways that families have come upon in recent years for practicing natural burial. Among these is a new tradition in which a body is mixed with soil in a bag filled with the natural start of a tree – sometimes with simply a few seeds and in other cases with a young tree whose root systems are already formed. The bag is made of penetrable, biodegradable mesh that will break down over time, allowing the tree to mix seamlessly with the surrounding environment when it is planted. As the tree grows, the body inside the bag will decompose naturally, but it will also become part of the tree in question. Family members and friends who watch the tree grow over the decades can then have a permanent memorial by which to remember their loved one by. For many this is a disconcerting way to conduct a burial, but for a growing number of families and cultures, it is as comforting as can be. In fact, this type of natural burial is becoming so common and popular that many entire “cemeteries” have sprung up in recent years that are devoted entirely to this practice. Families find this type of cemetery comforting and helpful because they are spared the effort and expense of having to care for their loved one's tree.

Another type of natural burial is simply an underwater burial. This natural burial has been practiced for centuries by those who have memorialized ship captains and others who spent their lives at sea. In a nutshell, a body is simply (as with other natural 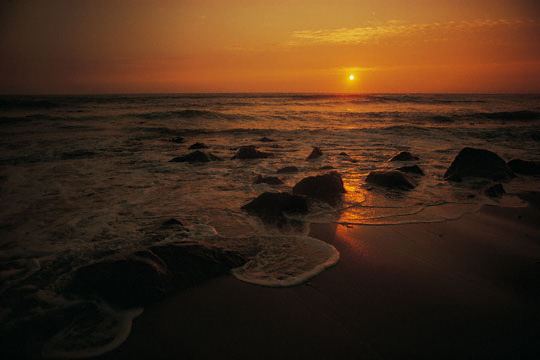 burials) wrapped in a shroud or wood casket and lowered overboard off the deck of a boat that is usually anchored well off shore. Especially in warm climates, the body can be expected to decompose very quickly while under water in this type of natural burial. An alternative to this type of natural burial is the advent in recent years of underwater cemeteries. While these places can and do sometimes accept burials of metal caskets, embalmed bodies and other features that are not in keeping with traditional ideas of natural burial, most of the time they do limit themselves to caskets that are made from wood. These burials are much like regular on-land burials in a traditional cemetery, except they are done entirely underwater, and visitors are encouraged to come back periodically outfitted with scuba gear and enjoy their relative's natural vantage point with the fish of the sea.

While natural burial continues to be a growing and popular choice, its many alternatives are also popular as well. Perhaps the most significant of the alternatives to natural burial is cremation. This type of burial may not be thought of universally as a “burial” since, in many cases, the remains are never buried, but, nevertheless, it is a very common method for disposing of the body of a deceased person and, with its use of sophisticated, often computer operated, machines outfitted with conveyor belts and designed to reach temperatures of more than 2,000 in just a few minutes, it is anything but natural. (Granted, it does have its roots in the great funeral pyre traditions that are still in common practiced in many Hindu cultures, so, in that respect, it is natural.)

Aside from cremation are the traditions of burial in non-biodegradable caskets and the use of embalming. Though these traditions date back to the days of the Civil War in the United States when families who had lost a loved one too soon in the course of battle longed for dreamed of and believed in the magic ability to bring their family back to life, their popularity remains relatively stable today. It seems the thought that a body can be preserved indefinitely while underground is supremely comforting to many family and friends of those who have lost a loved one. This, of course, seems a strange notion to naturalists who tend to prefer natural burials, and many environmental scientists will argue that these decidedly unnatural methods of burial are, in fact, hard on the earth's environment. Nevertheless, so long as there are families who are interested in these types of alternatives to natural burial, it is almost certain that there will be funeral directors and cemetery proprietors ready and willing to accommodate the demand – even if natural burials grow in popularity every year.