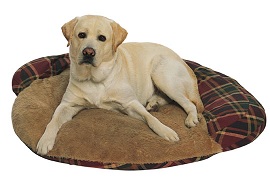 There are truly no words that can adequately describe the loss of a treasured companion animal. While this may seem like an exaggeration, many pet owners can attest to the shock and grief that is felt with the passing of a beloved companion, whether they were expecting the loss or not. While it is not uncommon to hear individuals downplay the loss of a pet, even their own, the fact of the matter is that such a loss can, and often will, affect us just as deeply as any other substantial loss. This is because our pets are not only there for our amusement or entertainment, but are valid members of the family that are relied on for comfort and companionship. Moreover, many find that they are, more or less, attached at the hip with their pet, taking them along everywhere that it is possible to take them. Additionally, we turn to our pets for comfort because they are highly perceptive, easily decoding what mood we are in and reacting in the way they see fit. Dog owners can attest to the sympathetic look that their companion gives them when they are very upset or crying. Cat owners alike can sympathize with this sentiment, as their feline friends, usually aloof by nature, rub the length of their bodies against us in a soothing gesture, as if to say 'it will be ok, I'm here now!' When we lose a pet then, we not only lose that companionship, but also that source of comfort that, whether we realize it or not, we have come to rely on.

The loss of a pet, as stated above, can leave one in a profound state of grief. It is important to acknowledge and recognize the emotions, no matter how painful they may seem, in order to properly deal with the pet loss, and to move forward to healing. Many, especially those burying the pet, find that holding a small memorial ceremony for them is very comforting, as it allows them to openly say what they feel in their heart, and to give the lost friend the beautiful final farewell they deserve. When the time comes for a family to say a final goodbye to its faithful and beloved pet, the question may arise: is it legal to bury a pet in one’s own back yard?

The answer to that question is surprisingly different depending upon one’s locale. In rural areas and small towns, generally, the rule of thumb is that you may bury a pet in whatever manner you see fit on private property, so long as you have the owner’s permission. That same rule applies in some other larger cities as well. But be warned: that is just a rule of thumb—and, as rules of thumbs go, it is among the less reliable you will ever hear. The legalities of burying a pet vary greatly from place to place. 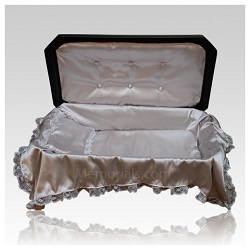 Here are some issues that you will likely encounter if you search for the answer to this question in your own case:

This means that, if you are intending to bury your pet on property for which you have permission to do so, then you have passed the first major legal hurdle for this burial.

Next, you must consider environmental factors.

Many localities that allow burial have rules intended to protect the environment. These rules include regulations on the depth of the grave, the materials in which the pet is buried, the manner in which the grave is marked, and the vicinity of the grave to water sources.

In general, the rules are intended to assure that graves are deep enough to protect humans and other animals or wildlife from disease while shallow enough to avoid underground utility lines. In some cities, graves for pets must be between two and three feet deep. One strong concern is the direct threat that pets who have been euthanized and improperly buried pose to wildlife, who may ingest the chemicals that are present and in turn, become very ill. Overtime, if the issue of improperly buried pets is prevalant, it can have a significant impact on the natural ecology. The rules also help assure that toxic materials are not used in the making of the burial containers, such as caskets for pets. They also assure that the graves are properly marked so that future landscapers will not stumble upon remains unexpectedly, thereby exposing themselves to potential disease. And, finally, the rules aim to protect public drinking water sources from contamination caused by the biological breakdown of a pet’s body.

Veterinarians, attorneys, activists and other experts tend to agree that rules regarding the burial of pets are often vague and enforcement is usually lax. One Florida veterinarian, for example, reported on his blog that even government agencies themselves gave him conflicting answers when he asked which statute or ordinance, exactly, was the source of his city’s widely recognized ban on home burials of pets. He found that there was wide disagreement among officials themselves as to whether all burials were illegal, and no one could direct him to the written source of the law. He says he suspects that the situation would be the same in other cities across America. The automatic response from officialdom to the question of “is it legal to bury a pet in your home” is usually, “No!” But, in many cases, officialdom may, in fact, be wrong.

A blogger in England came across this same problem in his country, too. So this man recommends, “Burying a pet as you see fit will harm no one, even if it does happen to be against the law in your particular part of the world.” The Englishman says its best to simply follow the age-old axiom, “It’s easier to ask forgiveness than it is to ask permission.” If you ask, you’ll likely be told no, even if the true answer is yes.

All in all, experts seem to agree that, no matter the formal legality, burying a pet at your home, on property that you own can be a healthy thing to do for the emotional spirit of your family. And there is little chance that it will harm the environment. “If dead animals were a serious threat to the environment – water quality and such – most cities would have entire crews out scooping up opossums, skunks, and a lot of other critters 24 hours a day,” one blogger points out.

All in all, we recommend families to, in some form or another, bid that final farewell to their cherished companion. Whether that includes creating a whole ceremony for them, complete with a pet casket and grave marker for a pet, or simply having the members of the family gather to say a few words, the act of acknowledging their passing can be greatly comforting to us when we look back at the passing, during and after the mourning period. Regardless of how the pet was lost, honoring their life with a small service or tribute will become a cherished final remembrance of the lost companion.