History and Tips about Cemetery Grave Marker and Monument Information

Monuments are an important part of any memorial. In fact they may be the most important part of the memorial because, unlike caskets and other memorial products, monuments are intended to last for generations. Monuments are, truly, our connection to the future. This is why many people take great pains to build, while they are still living, the monument by which they will be remembered. (One famous recent example is Illinois politician Roland Burris who has famously ordered what amounts to his professional resume chiseled onto an elaborate monument marking the site where he intends to be buried along with others in his family.)

Grave Markers and Monuments help people cope with death in a variety of ways. First of all, they help the grieving by providing what psychologists, and other experts whose fields delve into the realm of grieving, say are most important: a place in which the mourned can always be “visited.” Knowing that a special location on Earth is -- and will always be --dedicated strictly to the beloved, lost family member or friend is a great comfort for those stricken with grief over a loss. This is why many monuments go up, even in places far removed from circumstances, in times of national disasters such the terrorist attacks of Sept. 11, 2001. Even people who knew no one who died on that day have helped to build memorials, and such practices can only bring comfort to the many living who will always know that, to pay proper tribute to the victims of the attacks, they can simply pay a solemn visit to a Sept. 11 memorial, which can be found in just about any American city.

Another way that monuments can help people cope with death is by simply allowing the living to know that their memories will be carried on eternally. No United States President (or any other world leader), for example, will question whether myriads of monuments will be erected in his or her honor. And, likewise, most great authors (Ernest Hemingway), artists (Leonardo DaVinci), business leaders (Henry Ford), musicians (Stevie Ray Vaugh), athletes (Babe Ruth) and others who have reached the apex of their field can expect that many great monuments will be built in their honor. Many of these will often be built even while the honoree is alive, but, even if they are all built posthumously, the fact that monuments are a human tradition can bring comfort and meaning to a life well lived. The idea of having a monument built for one will not usually be an ultimate aim, of course, but knowing that great lives are usually honored in such a way can be a nice piece of motivation for living life to the fullest.

And, finally, monuments help families retain their identity for generations at a time. Family cemeteries are often adorned with memorial monuments and memorial benches that help tell the tale of a family’s triumphs and glories. These make for an excellent gathering place for years on end and help preserve the traditions that can make a family great.

Ever since the very beginning of human history, one of the most commonly seen traditions that seemingly transcended all barriers, whether they be race, religion, or politics, is marking the area where a loved one was lain to rest, as a final tribute to their life. We have always held such a tradition in high regards, and it is interesting to note that the markers for these sacred areas have evolved as much as our societies and cultures. The methods for creating and constructing these memorials have changed as well; from their predecessors, which were large, yet blank, monoliths placed over the burial sites, to their wooden, albeit temporary markers, to the granite and bronze markers of today. Grave markers and headstones indeed have an interesting history. Here are some of the more interesting facts and stories:

A Brief Look into History

The 18th century ushered in many significant changes in burial and headstone traditions throughout the world. In fact, it was during this time period that granite stone was discovered to be an excellent material for making headstones, a material that still stands as one of the most popular used for headstones, tombstones, and gravestones today. One interesting yet short-lived tradition that also emerged during this time was the use of mort safes, or cages that were placed over a burial plot. Many think that these cages were intended to keep the deceased in their grave, in case the body re-animated, however this urban myth is simply not true. In actuality, mort safes were used to keep graves from being disturbed or vandalized. You would only think that criminals or hooligans would be the one's to vandalize something as sacred as a grave, yet the real culprits were, surprisingly, medical students. During this time era, medical schools were quickly emerging and human cadavers were in short supply, so many dedicated (to say the least) students of medicine turned to removing recently interred bodies from the graves for use in their studies. As society evolved, the issue of the short supply for medical schools was remedied, and the use of mort safes was thankfully, no longer necessary.

Y2K Not Written in Stone

In the year 2000, when the technological world was worried that computerized forms designed for years starting with “19” would bring the commerce to a halt, grave markers had their own related problem. Millions of people across the world (at least 500,000 in the United States alone) had pre-purchased grave markers in the 20th century but were still living in 2000. And in many cases, the “19” was 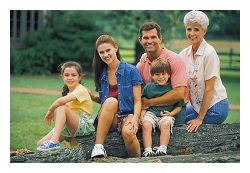 already chiseled into their markers and awaiting the addition of just two more digits. Once something is set in stone, of course, it is difficult or impossible to change, so cemeteries, monument makers, and grave marker owners had a crisis as the new millennium came about. There was no standard solution to the problem (other than to not make the same mistake on markers ordered in the 21st century). In many cases, engravers did manage to erase the 19. In other cases, either the dealer or the customer simply purchased a new marker. And in still other cases –mostly involving unique, eccentric personalities – the grave marker owner agreed to be put to rest with a meaningless “19” in front of his or her actual date of death. A good number of these cases remain unresolved today.

The History of Inscriptions

In recent years, inscriptions (also called epitaphs) on headstones have become more and more simple. This is largely because long inscriptions require up-right headstones, and those have largely gone out of fashion since the late 20th century. Up-right grave markers tend to lean (or even fall) over time, and landscaping around them is difficult. So many cemeteries have begun requiring plot owners to use simple “flat” grave markers that are much smaller than traditional upright markers and, therefore, can hold less text. So creative inscriptions like William Shakpeare’s famous one are becoming a tradition of the past: Good friend, for Jesus' sake forbear / To dig the dust enclosèd here./ Blest be the man that spares these stones / And cursed be he that moves my bones. Today’s inscriptions are much more too the point, even for relatively famous and influential people: 'A beloved friend and father' or 'A life well lived'. With the advent of technology that makes printing easy and affordable for everyone, most people, it seems today, are content to leave their life’s most important words somewhere besides the grave. In many cases, modern grave markers simply list a name and the years of birth and death.

History of the Name

Grave markers are also known as headstones and sometimes even foot stones. Today those names are used almost interchangeably to refer to the same type of, flat, grave marker. But, in days past, the terms referred to substantially different types of markers. Grave markers, initially, were stone coverings that were placed over the lid of a coffin before it was buried. Headstones were markers that, as the name suggests, marked the head of a grave, and foot stones, of course, marked the foot. Overtime, the tradition of grave markers and foot stones became obsolete, and, today, almost all grave markers are placed at the head of the grave, in the area that was once reserved for “headstones.” It it interesting to note that, particularly in European cemeteries, the marker actually is placed at the foot of the grave, but it is usually called a headstone nonetheless.