Writing a Eulogy and Obituary

This is the 6th of a series written by an anonymous man caught unprepared in the expensive web of “death care” in the United States.

If they won't lower their abusively profitable charges (see the first five articles of this series in which I show I my family and I paid at least $10,000 more for Dad's funeral than we would have had we been in a fair negotiating position) I propose funeral homes add a new service to their traditional fair (but don't charge for it!) Funeral homes should provide their customers with a tutor, trained and experienced in writing and public speaking, to help families create the eulogies and obituaries for their loved ones.

I doesn't seem likely that funeral homes will ever do that – unless they can, indeed, get another $1,000 or so out of it for each funeral. I say this because I noticed in my Dad's final funeral bill that the most reasonably priced service was the “Life Tribute Package” for $268 which included a very professional looking video montage of the pictures my family submitted. This is a service that has come about in the death care industry only in the last ten years or so. It is probably the latest addition to a “traditional” funeral service, and it came about at a time when funeral homes were near the limit at what new services they could justify offering for a fee. So it had to be the least expensive service. Otherwise it might be the thing that would drive funeral 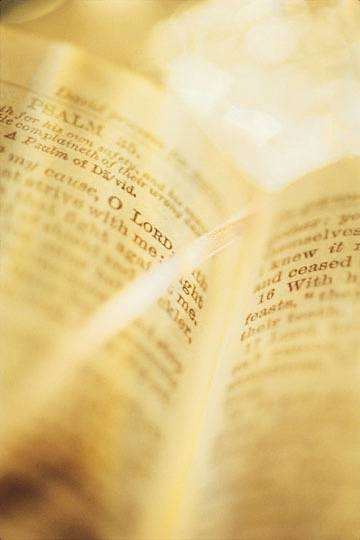 consumers, en masse, back to their legislators for a new round of laws like The Funeral Rule (passed in the 1980's) intended to curb abuses (mainly overcharging for services provided to grieving families who are in no position for tough negotiations) in the death care business. Given all that, any new service or product that comes about is probably going to have to sell for even less. Actually, in these days of $14,000 bills for very basic funerals, the consumer's pressure point is probably already boiling over, so anything more than about $50 for a eulogy and obituary tutor would probably send a lot of consumers over the edge, right to their local congressman's office. And I know a typical funeral home is going to be very unlikely to add a tutoring service to their standard offerings for just $50.

So, my idea is probably just a pipe dream, and this article will have to suffice as a coach. (Actually, I would be more than happy to coach a family through the writing of an obituary and/or eulogy for about $50, but, seeing as how I am anonymous in these articles in order to protect the dignity of my father's memory, it will be hard for you to contact me. So, since you likely not be able to find me, I recommend you look up a respected English teacher in your area. In fact, maybe English teachers can start offering this service as a sideline compliment to their day jobs. If they could tust get the word out among one or two pastors (or, heck, maybe funeral directors), they'd be getting calls in no time. And, so long as they kept their charges in line with the $15/hour or so that teachers generally are paid on their day jobs, I, for one, would not have an issue with their asking for money for their work.)

But, I digress. While we are waiting for this new death care service to emerge into popular use, as I say, this article will have to suffice as a coach for writing obituaries and eulogies.

I am a writer and public speaker by trade. So I guess it should come as no shock to me that I am becoming the go-to person when a funeral comes around in my family. I've now delivered 3 impromptu eulogies, and they have played to rave reviews each time. That seems funny to say about something like eulogies and obituaries. But it's true, nevertheless. People have actually told me that my words at the time of a death have been an inspiration and a great comfort. Well above what they had expected.

As I say, this probably should come as no shock to me, given my training and my experience. But it does. I guess that's a sign that it's my calling.

So I hope you don't mind if I take this opportunity to share my first big secret in writing a good obituary or eulogy: don't follow any formula. Stay away from websites that answer the question, “How to write an obituary or eulogy.” They will surely steer you to a land of depression and boredom. Don't do what everyone else does. That is no way to pay tribute to your beloved friend or family member.

No, the Golden Rule of writing an obituary or eulogy is to be as unique as the person you are honoring.

In my case, I use prayer as I type. I ask God to bring to the forefront of my mind the unique qualities of the person I am honoring, and I just take it from there. My dad's unique gift to the world, I realized by this process, was childishness. Normally, we adults tend to think of that as a bad thing: childishness is another word for arrogance, irresponsibility, or even laziness. And I have to admit, my father did, definitely, exhibit plenty of those traits. But childishness also means much more: it means loving unconditionally, being always ready to play, and living in a state of awe and wonder.

So, where as most “how to write an obituary or eulogy” experts would probably tell you to steer clear of the bad things in honoree's life (The t-shirt saying, “Live Your Life So The Pastor Doesn't Have to Lie At Your Funeral,” comes to mind. ) my advice would to be never back down from The Truth. If your loved one was a jack ass much of the time – if that's how people knew him – don't be afraid to say so. You don't have to hide the truth. People – and God – love the The Truth, in fact. Just let 'er rip.

But be careful not to take that unorthodox bit of advice too far. This is not a public vengeance letter you're writing and, in the end, your obituary and eulogy, done in God's name, must be a celebration of the life you are honoring.

So, feel free to use our writing as a public repentance. Don't be afraid to tell the world with your words that you, in the spirit of God, have forgiven your loved one and are, indeed, ready to remember him or her for the good stuff. And then launch in to much more of the good stuff than you listed of the bad.

This approach to writing a eulogy and obituary definitely worked at my father's funeral. I heard more than one person afterward say something to the affect of, “You father was a very strange man. He caused me a lot of consternation over the years. But I am happy to be able to forget all of that. Only the good stuff comes to mind today. And there was plenty of good stuff to remember.”

Ahhhh. That's the sound of a eulogy and obituary well written. Thanks be to God.

Realize that It's Harder Than It Looks

Even if you're going to take my advice and do your obituary or eulogy in a free form style, with disregard for any formulas, writing these things is harder than it may seem. In fact, if you want the easy way out, it's best to just stick with the formulaic approach. Get a sample from your funeral director, pastor or some online site, and just change the proper names to suit your current case. Everyone will thank you for a bang-up job, I'm sure. But you will not be doing a very good job by your honoree. No, to do the job God intends on a obituary eulogy requires a lot of work. Depending upon your level of emotional involvement with your subject, it may even be the hardest thing you've ever done.

There's a growing new saying among writers that definitely applies to eulogies and obituaries: “if any tells you writing is easy, he's either lying or not a good writer."

If our eulogy or obituary comes out too easily, chances are strong you will need to revise it – maybe drastically. Let it rest a few hours, come back to it and be ready to see a whole new piece emerge. That's okay. That's the way writing goes. The 9th, perfect, draft requires the 1st, ridiculous, draft for its very being. Do not be afraid of change as you are creating.

Writing the truth can sometimes be a frightening thing because, well, it has a tendency to bring criticism to the forefront. Do not be fooled into thinking that the occasion of a funeral will keep people from registering their displeasure with you over some 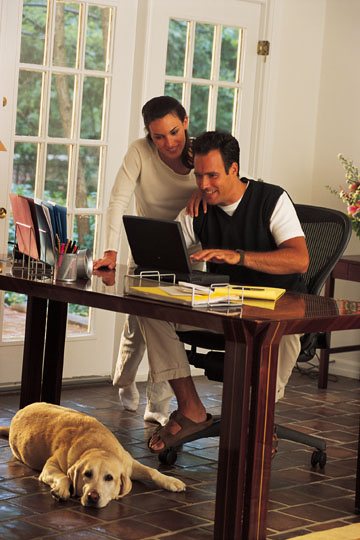 Truth you may reveal in your work. Chances are strong that you will upset someone, no matter what you say in your eulogy or obituary. And who knows whether you will ever hear about it.

But, as Mother Theresa advices in her Godly, famous poem, you should “Do it Anyway.” (That poem is well worth returning too any time you're faced with doing something that will likely be even the least bit controversial.) “You see, in the end it was never between you and them anyway.” God should be your only concern.

In my experience writing my father's eulogy and obituary, I braced myself for criticism when I told a story or two that did not put my father in the most favorable light.

But, by sticking to The Truth, I helped the audience see the big, glorious, picture of Dad's life. And I didn't hear a single word of complaint. That's because, as a great pastor friend of mine is so fond of saying, “Nothing can stop God.”

I didn't focus on the negative aspects of my father's life in my eulogy. In fact, those made up less than 10 percent of the entire thing. I simply told The Truth, and I didn't worry about criticism. That's what I recommend for you too, dear reader.

All that I have just said aside, I am well deserving of one piece of criticism (though, ironically, I heard none on this topic). Much of the information I listed in Dad's obituary regarding his survivors was simply wrong. I misnamed two of my cousins – replacing their current legal name with my family's sir name instead. (This perhaps dredged up some uncomfortable memories, though neither of them indicated any anger towards me. Graciousness is God's gift.) And I put one cousin in an entirely foreign city. Geez. What was I thinking?

All of this in the very document that will go down in history as the official record of my father's death. I've surely just confused some genealogists of the future. I offer them my eternal apologies.

The bottom line on this is that it's important to let many people proof read anything you write that you intend to make public in an obituary or eulogy. I asked my mother to look over the obit before we sent it off. (In fact, she was the one who sent it.) Clearly, that wasn't enough. My cousins had been around just before the obituary got sent. And, in fact, they had all asked if there was anything they could do to help. I wish now that I'd thought to say, “Yes there is, in fact. Would you mind looking over this obituary?” Geez. What an over sight. Don't you do it too!

Continue To Chapter 7: Attending the Funeral